Ronald Sokol, MD part of the team that made groundbreaking discovery 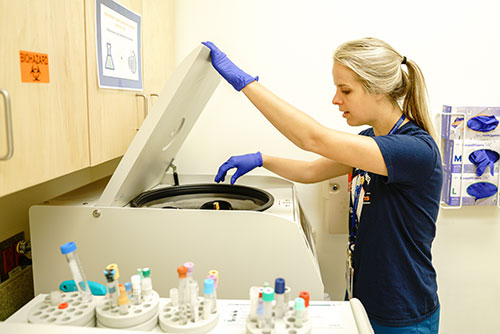 For more than 35 years, Ron Sokol, MD has been treating children born with a liver disease called Biliary Atresia (BA). Though the disease is rare, it is the most common pediatric cause of end-stage liver disease, and the leading indication for liver transplantation in children, accounting for half of pediatric liver transplants. Surgery is the primary way to treat BA, and even if the surgery is successful, up to 80 percent of those who had surgery will need a liver transplant by their 20s.

“We don’t know the cause of Biliary Atresia, which of interferes with our ability to treat affected children,” says Dr. Sokol, a pediatric gastroenterologist and hepatologist at Children’s Hospital Colorado and Director of the Colorado Clinical and Translational Sciences Institute (CCTSI).


By identifying a genetic mutation linked to the disease, Sokol, along with researchers from Emory University, University of Utah, Children’s Hospital of Philadelphia, Washington University at St. Louis and others, may finally determine the cause of this devastating condition.

Their findings were recently published in Hepatology.

These researchers used next-generation gene sequencing to discover that a genetic defect of the gene PKD1L1 was linked to BA in a subset of patients. By identifying a genetic mutation linked to the disease, researchers have opened up a new pathway to determine the cause of this devastating condition.

Some children with BA also have splenic abnormalities and cardiac malformations called biliary atresia splenic malformation syndrome or BASM. Researchers hypothesized that the genetic factors causing an asymmetric position of organs in the body could also cause the development of BA in BASM patients, and that the genes involved could be discovered using whole exome sequencing.

Researchers sequenced DNA specimens from 67 subjects with BASM, including 58 patient-parent trios. Researchers looked at 2,016 genes – a subset of the full genome – that were associated with proteins that were candidates to cause a disease like BA. The study found five patients who had two copies of mutations in the gene PKD1L1 and three additional patients who had one mutation in the gene.

“The importance of this is that researchers have never identified a gene, when mutated, that causes BA,” says Sokol. “This is the first time it has been found.”

The CCTSI’s Pediatric Clinical and Translational Research Center (CTRC) in Children’s Hospital Colorado played a key role in the study. The patients who were participants came from a liver disease research network, which Dr. Sokol chairs, the Childhood Liver Disease Research Network (ChiLDReN). This network has been funded by the NIH for 15 years and includes 14 centers across the nation, Canada and the UK.

“ChiLDReN has been collecting data and specimens for 15 years. Our Genomics Working Group within ChiLDReN used the newest state-of-the-art technology that allowed us to perform this study,” says Sokol. “Our ChiLDReN site and the Pediatric CTRC enrolls one of the largest populations of BA patients among the 14 centers who participated.”

In terms of what parents of children with BA would want to know, Sokol says the gene they identified may be the first of other genes to be found to be linked with BASM or BA. Though he doesn’t think this discovery will lead to a new diagnostic test, he says that understanding what causes BA could be a breakthrough that could lead to new therapeutic approaches that would ultimately avoid liver transplantation. “This is an example of interdisciplinary research that uses new genetic and bioinformatics technological advances to allow us to discover causes of diseases that would have been impossible to discover previously,” Sokol says.

In addition, it is important to note that this study results from the first analysis of the data (where they looked at more than 2,000 genes). Now that the researchers have the data from the whole exome sequencing, they can go back and analyze the other 18,000 genes for other genetic causes of BA. “What we learn about what causes the disease could translate into new therapeutic targets and strategies,” Sokol says.