Pietro the tortoise can predict when it’s about to rain. Conner Jackson set out to investigate this claim in his award-winning article. 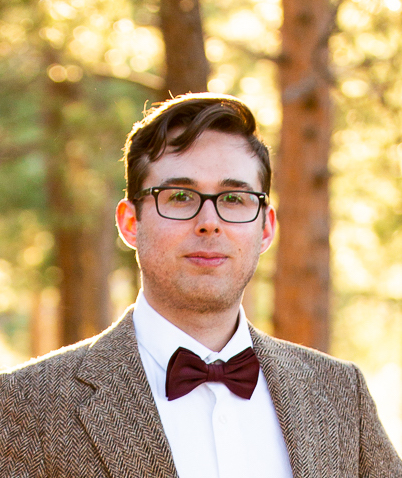 You never know when inspiration will strike. For biostatistician Conner Jackson, MS, his inspiration was a pet tortoise named Pietro. Pietro’s owner insisted the tortoise could predict the weather through his behavior. The topic came up in a Zoom meeting one day and Jackson was captivated. “I expected everyone to say, ‘we should look into that!’”

Jackson did. And his resulting paper Pietro the weather tortoise and the pursuit of soggy bun prevention earned him the early-career writing prize from the Royal Statistical Society in England along with publication in Significance magazine.

Jackson is a research instructor for the Center for Innovative Design and Analysis (CIDA), which operates the Biostatistics Epidemiology and Research Design center of the Colorado Clinical and Translational Sciences Institute (CCTSI). He is also working on his PhD.

“The idea is when he [Pietro] hides under the red bowl, rain is coming. He uses his biological instinct to protect himself,” Jackson says. When the weather is expected to be milder, you might find Pietro under a hollowed-out log. When the weather is warmer, Pietro roams about his cage. So, if you are concerned about tomorrow's forecast and if you should plan a barbeque and avoid soggy buns (Jackson’s primary reason for wanting to predict the weather), you could look to Pietro for guidance.

His project started with a conversation on how to record what a tortoise does. Ideas included getting a motion-activated camera. Does a tortoise even move fast enough to activate a camera? Pietro’s owner, Melissa Koons (who also works at CIDA), got a security camera and downloaded 1,000 hours of footage for Jackson to view. Jackson soon realized he didn’t need to watch all of it but looked through over 100 hours of Pietro’s activity.

“That is what I love about stats,” Jackson says. “The content does not matter--the numbers are the numbers. I do research on HIV, trauma and malaria.” When the idea of using Pietro as a predicting tool came up, “I jumped on it.” 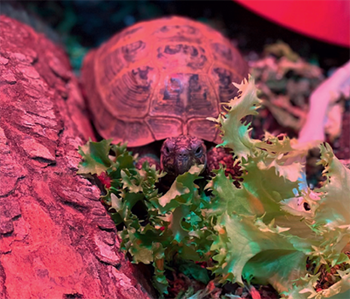 Jackson used what is called a confusion matrix to summarize Pietro’s predictive results. He found that Pietro was about 70 percent accurate. “Accuracy is about did he predict rain and did it actually rain? Did he also not predict rain and it did not rain? It is this two-sided thing: he could be really good at predicting when it is going to rain and terrible at predicting when it is not going to rain,” Jackson says.

Every single time it rained, Pietro was under his bowl. He was much less good at not predicting rain. (Jackson comments that he would rather have this scenario as it is reliable for when it will rain.)

Normally the winner of the early-career writing prize would be invited to Manchester, England to deliver a talk. Because of the COVID-19 pandemic, this did not happen. Although disappointed, Jackson said he is just happy to work in an environment that encourages creative thinking, and he is thankful for the mentorship he received from Dr. Mary Sammel, associate director of CIDA, along the way. He hopes to attend an international statistics conference in the future.

Jackson’s interest in the crossroads between art and science inspired him to write the article. He says he always loved writing but had not made time for it, “Making time for something that just made me laugh was good.”